From Idlescape Wiki
Revision as of 03:54, 13 October 2022 by WikiEditor (talk | contribs) (Clarify that bait power also affects the size of the node found. Also, remove incorrect statement that reel power is more important than bait power at higher levels. (All based on the numbers from the fishing calculator).)
(diff) ← Older revision | Latest revision (diff) | Newer revision → (diff)
Jump to navigation Jump to search
This page is about the skill. For the enchantment, see Fishing (Enchantment). 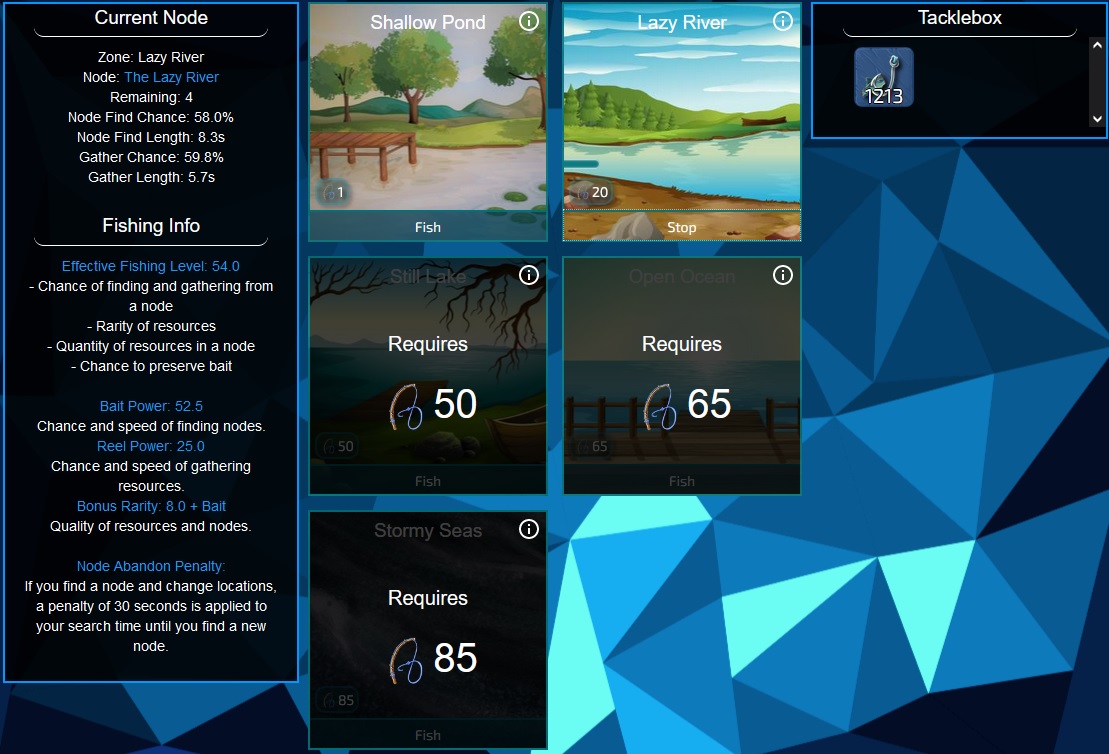 The Stormy Seas is a dangerous location. While fishing there, a Swordfish or Ascended will occasionally spawn and attack the player. This fight cannot be escaped from, and losing will lock the player out of the location for 15 minutes.

Bonus Rarity must be above the minimum rarity for resources to appear. Resources not listed here require no bonus rarity to collect.