Enchantments also known as buffs usually if temporary, are powerful special effects that can enhance or change the mechanics of a skill. The majority of enchantments can be obtained through enchanting equipment slots with scrolls made through scrollcrafting.

Other sources are food cooked with certain ingredients, the weekly shrine buff (not for ironman), and equipment which are found with default or hidden enchantments. 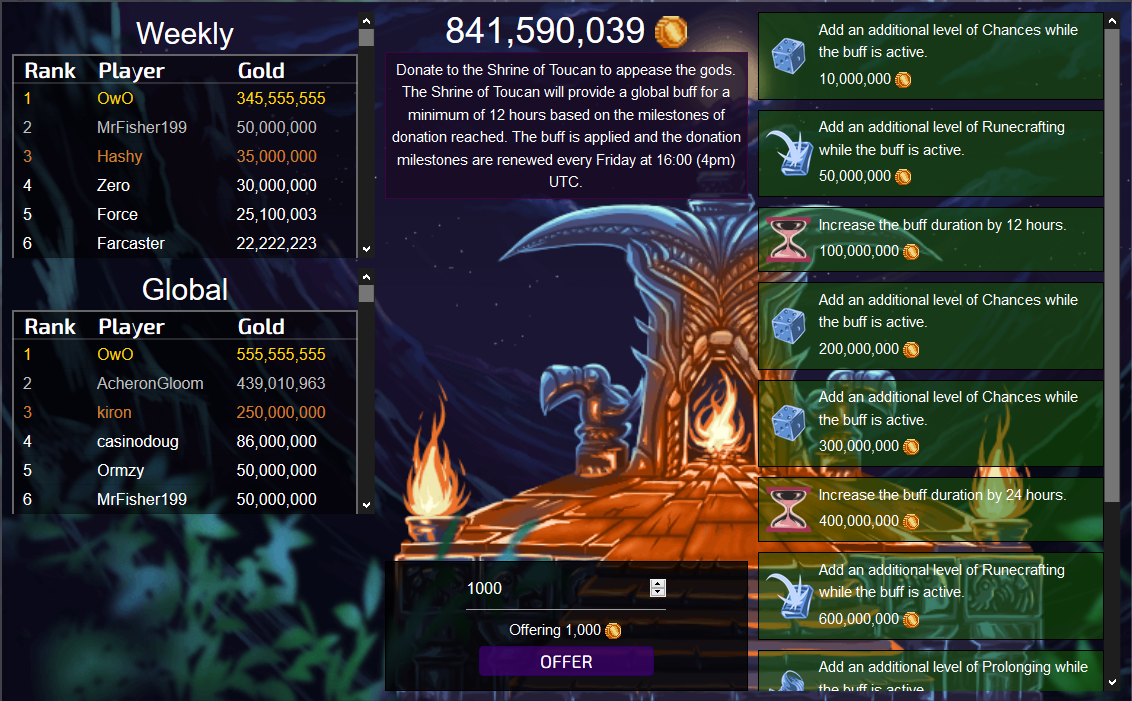 The Shrine of Toucan is a weekly event to appease Le Toucan. It will provide a global buff for a minimum of 12 hours, based on the gold donation milestones reached. The buff is applied and the milestones are renewed every Friday at 15:00 (3PM) UTC. The shrine can be accessed from the navigation menu, under the Commerce section.

The Shrine of Toucan can roll for a maximum of three different buffs.

If a combat buff is rolled, all possible subsequent rolls will also be combat buffs.

Food cooked with these ingredient will have a temporary +2 buff of the corresponding enchantment. Eating the ingredient on its own will not give the buff. See cooking for more information.

Some of these Shrine buffs may have been removed from circulation.

Apart from a few general enchantments; Intuition, Enlightenment, Prolonging; these do not affect combat.